Need a tough attorney to tackle your case?
Let Me Fight For You 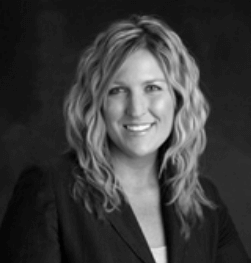 Special Assistant United States Attorney in the Strike Force, from 2004 to 2007. Been doing criminal defense since April of 2007.

Family: Daughter of Margaret and Doug Hasty, who have been happily married for 36 years. She is the oldest of 5 siblings, and grew up in the Lee’s Summit area. Her brothers and sisters all remain in the Greater Kansas City area. Come from a long line of attorneys. Her Great Uncle was Judge George Aylward, and her Great Grandfather served as the Democratic Committee Chair during the Pendergast era. He was active in the election of Harry Truman as president of the United States.

Interests: sports and travel enthusiast. Played college softball and was an All American Scholar Athlete. Also play competitive sand volleyball. Enjoys traveling, skiing and seeing new countries. Does volunteer work over the holidays, and tries to volunteer whenever she can to worthy causes.

We are pleased to announce that Sabrina will be bringing her two years of experience in criminal defense to the Law Office of Angela Hasty, LLC. Sabrina is completing her paralegal degree at Penn Valley Community College. Sabrina graduated from Lee’s Summit North High School. She is a lifelong native of Kansas City, and has recently moved to Independence, Missouri with her husband, Doug, and their dog, Louie.